The Crest Academy Sixth Form is celebrating improved overall results in both A-level and BTEC courses this year.

Results show impressive improvements alongside the individual successes of students who have obtained sought-after places at some of the UKs top universities.

The Crest Academy is delighted to share the significantly improved results achieved by A Level and BTEC students in their 2019 examinations which is well deserved and evidence of the hard work and dedication of both students and teachers throughout their time at the Academy.

Many students will now be going on to university to study sought-after courses including Law, Biomedical Science, Psychology and Optometry. University destinations include Kings College London, Portsmouth, Lancaster, Queen Mary and City University of London. 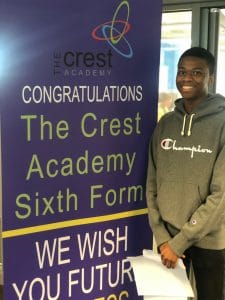 Issa, attended Muscat International School, Oman before joining The Crest Academy in Year 13 and aspires to be a software engineer. He achieved exceptional results in Mathematics (A), IT (D*) and Chemistry (B). He plans to take a gap year before going to Lancaster University in September 2020.

“My advice for the future students of Crest academy would be to make sure you balance study with your emotional and physical health; give yourself enough time to sit down, enjoy life, spend time with friends and family and appreciate the support that is given to you by your teachers. My experience at The Crest Academy has been an enjoyable one and I wish students all the best”.

Headteacher Cristalina Fernandes expressed her pride in the results: “I am very proud to see that the vision of the academy is being recognised by so many students who are going on to university and apprenticeships. Students and staff have worked extremely hard and deserve this success. Thanks must go to my committed staff who always go the extra mile to support our students; it is their dedication that has ensured students have been able to fulfil their potential.” 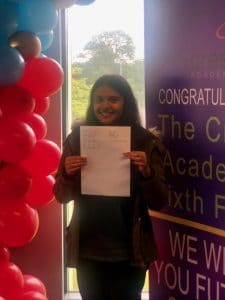 Pritti, who achieved a grade an A in Psychology as well as a B in Biology, is looking forward to taking up a degree in Optometry next year at either Cardiff or Plymouth. On receiving her results, she said: “I overcame many barriers over the course of my two-year study, but I have achieved what I wanted to because of the support the school provided. Mrs. Fernandes and The Sixth Form team did everything in their power to make sure I succeeded”. 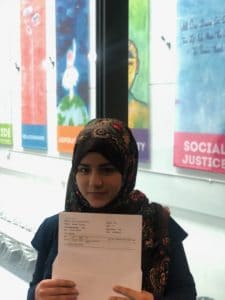 Khalidah performed exceptionally well in Applied Science, achieving a Double Distinction* and a Distinction. She has been at The Crest Academy since Year 8 and wishes to enter the field of medicine in the future. She attributes her success to the faith and belief that The Crest Academy staff showed in her following disappointing GCSE results.

“Crest is a place where you will never feel lonely. Crest gave me the opportunity to get the best grades. Crest has created a guide to assist students in setting themselves up for success. The teachers were very supportive, and I am proud to have been a Crest student.”

Assistant Headteacher and Head of Sixth Form, Paul Morgan was delighted to see so many students reach their chosen destinations: “In the Sixth Form we have focused on helping each student achieve what they need to take their next steps. It is fantastic to see so many of this year’s group accepting places at their first-choice university and on exciting apprenticeships.”

Congratulations to the Year 12 students who have also performed exceptionally well in BTEC examinations; Crest looks forward to seeing them push on to produce exceptional results in the summer of 2020. 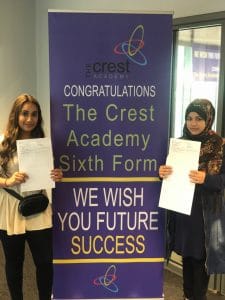 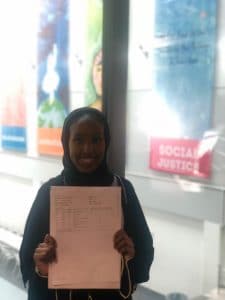 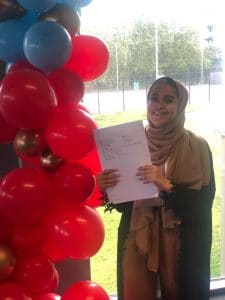 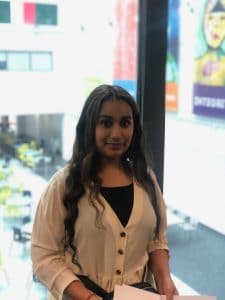 We are looking for a Finance Officer at Crest. https://t.co/iicWhbeECp