Please click below for information on all our sporting activity:

Sport at The Crest Academy

On Tuesday 9th of July Greenhouse sports and Adidas held an event in UCL academy. It was a fantastic day with an amazing atmosphere. Before the day started the Adidas gave each young person involved a new pair of Adidas basketball trainers (all different James Harden shoes including the limited edition Marvel Adidas trainers). The film crew were filming the young people from The Crest academy, UCL academy and Westminster academy and the reactions to their new shoes. Students were surprised and elated to be given brand new branded attire.

The basketball session started and the young people loved playing in their new trainers and the experience of trained professionals delivering the session while the camera crew were filming around them. After an hour of drills we got the young people to play high intensity games 3 on 3. Malachi Stephens and Laui Abokharoub stood out and shown against the rest of the students that were present. Even being year 8 students you could tell they were a calibre above the older kids who were involved with the filming. Nazha Kasim was put in the girl group and competed well within her group.

The young people stopped playing and had water break when this was happening a James Harden, Houston Rockets star/franchise player walked into the room. Adidas film crew captured the looks upon their faces as he walked into the room. James came in and played 3 on 3 with the Young people were he showed off his Euro step and step back (his famous moves). Laui and Malachi got the chance to play a basketball game with him, where they showed off their moves and even scored against Harden. After the games there was a Q&A where the young people asked Harden questions. Nazha asked ‘Do you ever get nervous’ to which he replied ‘Never’. Before Harden left he signed autographs and took photos. All in all it was a great day out with the Crest academy students. There will be more opportunities like this to come. Coach Alex (Greenhouse) 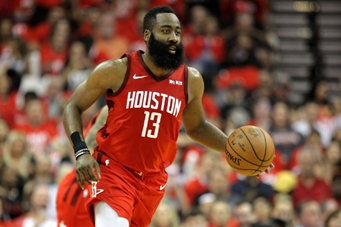 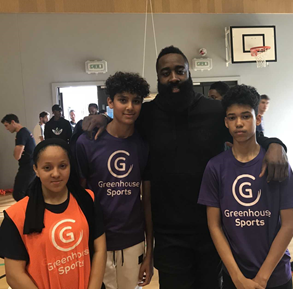 During Harden’s tenure with the Rockets, he became one of the NBA’s most prolific scorers and earned recognition as the best shooting guard in the NBA, as well as one of the top overall players in the league. In 2018, Harden led the league in scoring and was named the NBA Most Valuable Player. He is a seven-time NBA All-Star, and has earned All-NBA Team honours six times, including five times to the first team.
Harden is a two-time member of the United States national basketball team, winning gold medals at the 2012 Summer Olympics and 2014 FIBA World Cup.

Free to express yourself. Basketball has self expression and individuality in its DNA. @jharden13 turned up unannounced to Greenhouse Sports in London to teach the future of the sport how to step back in style. #FreeToHarden #HereToCreate

Over the last couple of months there has been some events and achievements that I wanted to share with everyone.
I took a team of students to a tournament organised by Greenhouse Sports called The Alan Sherwood Cup, it is an event that is held yearly between all the other Greenhouse sports Table Tennis programmes and is an important event for all programmes. This year there were two divisions where Hashim Y7 and Sufyan Y9 played well to finish mid-table in the B division, this was especially good for Hashim being a year 7 student and only playing table tennis for a short amount of time. He held his own vs much older players with help from his partner Sufyan who took a leadership role within the team encouraging throughout which coaches/players from other schools noticed.

Roumualdo Y9 and John Y10 were in the A division vs 10 other teams, they did incredibly well against some very good players from the other 10 teams to come 1st and win the Alan Sherwood Cup. The achievement was boosted by the fact they managed to win a couple of tight matches that could have gone either way to then remain unbeaten throughout all the team matches which they enjoyed and I was proud of. Although I am new to Crest having only been here since April, I have worked for Greenhouse for many years so I have known Roumualdo and John since they both started playing in Crest so it was nice to see them win the event in style. They both won new rubbers hat are worth over £80 which will improve their bat 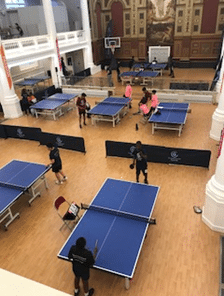 One reward trip that is taking place over the last week of school (15th-19th July) is the Isle of Wight reward trip where each school within Greenhouse gets to pick a group of their most committed members to attend the camp as a reward for their efforts both in Table tennis and school as a whole. As I have only been here a short period, I have chosen to take two young people this year who are, Sufyan Y9 and John Year 10, their efforts within the programme have been great since I arrived. They barely ever miss a sessions and are always on hand to help both myself and any new participants that have come to play. I’ll be introducing them both into leadership roles within the programme from this coming September to help the new year 7s to settle in when they arrive as they are such great role models for other students to look up too.

The trip will consist of 4 days of training with a 1 day tournament at the IOW training centre as well as fun activities daily such as swimming, bowling, laser tag, going to the beach as well as other team building exercises. We will be staying at Urban Saints where all the non-table tennis activities will take place. I have been numerous times with Greenhouse and it is always a great trip so I’m hoping both John and Sufyan enjoy themselves while still working to improve their on table skills 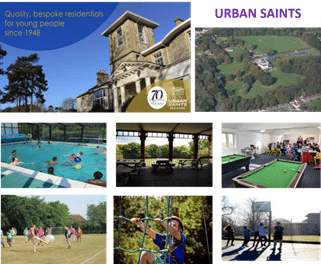 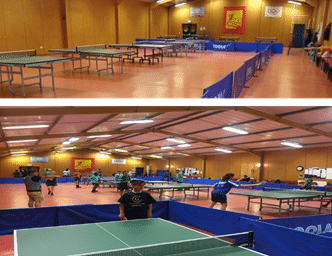 In the last two terms of school Lunch time club has had a huge intake of students coming to participate in basketball. Students who have never played the game before. This is great as lunch time club you can come in and just play basketball, no coach giving you instructions. This has opened the door for basketball for many students and now our team after school sessions and our individual morning sessions have grown in popularity due to the fact that students have been participating in lunch time club.

From the team sessions 3 students from Crest Academy have been showing dedication to the sport and were nominated to Aspire. Aspire is basketball England’s talent pathway sessions held once a month at London’s talent hub. Aspire sessions have the top 60 most talented basketball players in the region (London) from age 11-15, where they train for 3 hours a day (on drills basketball England have prescribed to the whole country) and have a one hour educational session (on grades, 24 hour student athlete, sleep, nutrition ect). 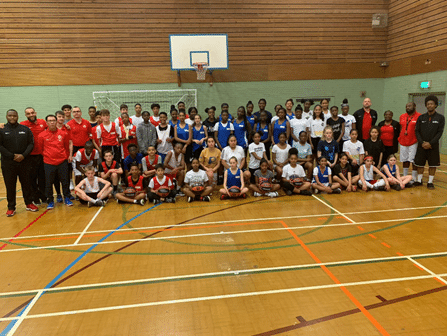 Malachi Stephens, Derelle Desire and Laui Abokharoub are the three students from Crest academy who were accepted on the Aspire sessions. All in the current year group of year 8. These young students have been working hard since September and this has been shown in being finalised to the top 15 players in London for the u13’s age group. Where they will compete for 1 of 12 spots in a regional tournament. The tournament will take place in Manchester on the 20th and 21st of July against all the regions in England, playing against the best competition in England. This tournament is not only out there for the teams to win but it is also the selection for players to be invited to England camp.

Such an amazing achievement as all 3 boys have made the team to represent London in the regional u13 tournament. I look forward in telling you if they are selected to go England camp in 2020.

We look forward to welcoming all our students back on Tuesday. In preparation for a safe return please check here: https://t.co/aliHH9ByhT for details on how to book a PCR test for your child before returning.