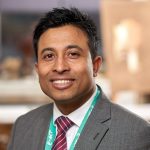 Likhon Muhammad joined the E-ACT family in September 2019 as the Headteacher of E-ACT Bourne End Academy where he has led an incredible transformation of Bourne End Academy, establishing a culture focussed on high expectations and aspiration.

Before joining Bourne End Academy, Mr Muhammad held various leadership positions in schools across London, gaining invaluable experience in communities very similar to ours here in Neasden. As a senior leader at Oaks Park High School in east London, he transformed the educational experience for students, paving the way for the school to achieve an Ofsted outstanding rating.

Growing up in a developing country, Mr Muhammad secured a full scholarship to study physics at the University of Oxford. He has gained several qualifications in school leadership, including the NPQH through Ambition School Leadership.

He wants it to be known that every young person who joins Crest will be given the very best opportunities to further themselves and that no limits will be placed on their aspirations. 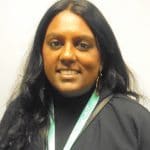 Indira Purushothaman joined The Crest Academy in January 2020.  She is an experienced educator with 23 years of teaching experience and has school leadership experience in a range of contexts.  This includes headship in an international school and senior leadership roles in outstanding schools. At Crest, Indira works across the Academy raising academic standards to ensure all Crest students have an expectational education and achieve outstanding outcomes. 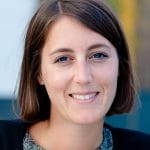 Vanessa joined Crest in 2009 originally as Head of PE before leading the Performance Faculty at Crest. Passionate about her social justice and empowerment, Vanessa leads our Sixth Form provision at Crest, taking day to day responsibility for the welfare and safety of our Sixth Form students. Vanessa works closely with the Assistant Vice Principal: KS5 Progress, to ensure that all sixth form students leave our Academy ‘ready for university’. 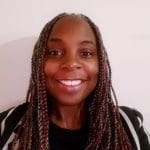 Esther Marshall joined the Academy in April 2017. She is the Deputy Headteacher responsible for Inclusion, Quality First Teaching, Pupil Premium, Wellbeing, Admissions and Transition. After 17 years of teaching experience across a range of London schools including 9 years at Harris Academy, her passion continues to be that of educating and nurturing the whole child. Esther is passionate about the empowerment of our young people to be the best version of themselves as they work hard and strive for academic success!
Esther has had a number of roles from Head of Modern Foreign Languages and EAL, Head of Faculty responsible for the pastoral team, member of the Safeguarding team and More Able provision.

“I believe that every person is born with talent”
Maya Angelou. 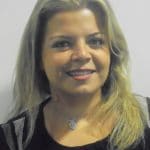 Zeena Al-Hilli joined the Crest Academy in 2018 as the Director of Science. She is an Assistant Headteacher who is responsible for Data, assessment, and student outcomes across the academy. Zeena works closely with Heads of Departments to ensure that every student at Crest is reaching their full potential monitoring their academic attainment to ensure they are making exceptional progress. Zeena has a love for science and has a passion to embed that love in students at the Crest Academy and continues to support the science department. 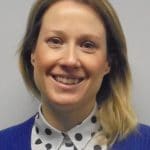 Kate joined The Crest Academy in January 2019 and is the Deputy Headteacher for Curriculum, Literacy and EAL. As a passionate English teacher with 14 years’ experience, Kate also supports the English Mastery curriculum across all E-ACT Secondary schools. Kate is part of the Future Leaders 2019-2021 cohort, completing her qualification in Headship. She is passionate about Social Justice; ensuring all students have access to a world-class standard of education which ensures there are no limits to future aspirations. Previous roles have included Safeguarding officer, SENCo, Assistant Principal for Inclusion and Head of English. 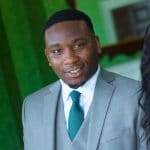 Paul Morgan joined The Crest Academy in September 2015 as a Lead Practitioner in Humanities. Before joining The Crest Academy, Paul previously worked at St Mark’s Academy in Mitcham, South London. He has a strong commitment to addressing educational disadvantage in school settings and has a wealth of inner-city London teaching experience.

Outside of the Crest Academy, Paul has had a range of volunteering roles, including being a co-opted governor for a Federation of special schools in Hertfordshire. He currently supports a teacher recruitment firm with their Global Education Project, working with a team of teachers who travel to India, Kenya and Uganda to offer training programmes to local teachers.

He has gained several qualifications in school leadership, including a Masters in Innovation and Leadership and the NPQSL. Paul is a strong believer in facilitating collaborative working environments which motivate students to achieve their full potential. 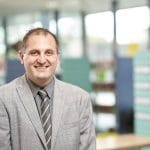 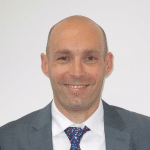 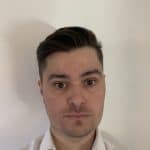 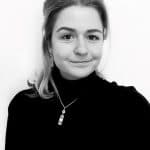 Ms Amber Scott Regional Coordinator
About Get in touch
Visit us at our next open event! Upcoming dates
We recommend
About
Admissions
Contact us